The History of CBD

Where does it come from?

While CBD may be a new term to you and a fairly recent addition to American vocabulary, it is not new to medicine. 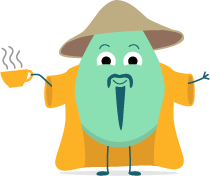 Like many other natural remedies – the use of CBD and medical marijuana is rumored to have been a part of ancient societies since the first recorded use case occurred around 2727 BC, when Emperor Sheng Neng of China used a cannabis-based tea to help with a variety of health ailments that included poor memory, malaria, and even gout.

Since then, its use has spread, but the documentation of this case is less-than-readily available. (1)

Then, in 1940, a team from Illinois University isolated CBD for the first time, bringing to life the fact that there were active compounds in the cannabis plant that did not contain the psychoactive qualities commonly associated with the plant. (2)

In the 1970s, following the War on Drugs and the passage of the Controlled Substances Act, marijuana became difficult for scientists, doctors, and any other persons to obtain.

The Act established various “schedules” that drugs and substances were placed in, varying according to potential benefits, potential for abuse and more, with Schedule 1 as the most restrictive.

Marijuana fell into this, perhaps because of a perceived danger, but, more likely, due to pushback from the growing pharmaceutical industry, that saw the potential for competition from this natural alternative to standard treatments.

The History Of CBD

Then, time seemingly stood still until the 1980s and ’90s, when CBD started to gain more traction for pain-relieving qualities that were independent of the negative effects associated and documented with THC usage.

In 1998, a British pharmaceutical group, GW Pharmaceuticals, began official medical trials to better understand the capabilities of CBD. This early research led to international studies conducted by numerous medical societies around the world.

As GW Pharmaceuticals made headway, an Israeli researcher, Raphael Mechoulam, began to uncover the chemistry behind multiple cannabinoids, specifically, how to isolate individual cannabinoids like THC and CBD from the plant as a whole. This allowed for additional research. Mechoulam received numerous international awards for his research that helped bring the medical benefits of CBD to the forefront both abroad and here in the United States.

Through these studies, various benefits began to arise, including lowered pain levels, ewer seizures in epileptic patients and even lower levels of anxiety in those prone to it. Cultivation on a small scale of low-THC, high-CBD crops and products began. Furthermore, evidence of the way CBD interacts with the human body’s endocannabinoid system became clear (and promising, since CBD does not create the same intoxicating, psychoactive effects as traditional marijuana and THC).

As technology increased the spread of information, interest in the potential for CBD use in the medical setting continued to grow, as families across the US began to push for the right to treat chronic conditions and pain – especially in terminal conditions.

One example is Mike Hyde, who attempted to treat his 20-month son, Cash’s inoperable brain tumor with marijuana. The tumor shrunk. While Cash did pass away 2 and a half years after his initial treatment, legislation began to change. (3)

Following the Hyde family, was the Figi family, whose daughter, Charlotte, suffered upwards of 300 seizures a week. Numerous traditional treatments fell short, leading her family to contact a testing center in California, for options. Charlotte’s seizures decreased by 99% and a national TV special brought CBD to the American mainstream. (4)

Since this time, studies on CBD’s medicinal benefits have continued to increase, and numerous new health effects and potential uses for CBD oil in the treatment of major conditions have come to light.

Most recently, in December of 2018, the United States passed the new Farm Bill, making CBD derived from industrial hemp legal on a federal level. The FDA is still working on their stance on the substance, but, the initial signs are promising.

Individual states still have a variety of laws and regulations, but, for the most part, CBD products derived from the hemp plant (or CBD hemp oil) are legal in most places in the US; this is different from medical cannabis, which has much more varied regulations.

To put it simply: CBD has come a long way since it started to gain attention. It’s potential for medical use and therapeutic use, along with the treatment of various medical conditions is more than promising based on the most recent clinical trials. CBD history is fascinating; wouldn’t you agree?