The numbers speak for themselves: smoking remains a public health crisis.

While the number of new cigarette smokers in the United States has decreased over the past decade, there’s a lot of work to be done. (1)

Recent research shows that CBD may be effective in reducing nicotine cravings.

Here’s why this matters: 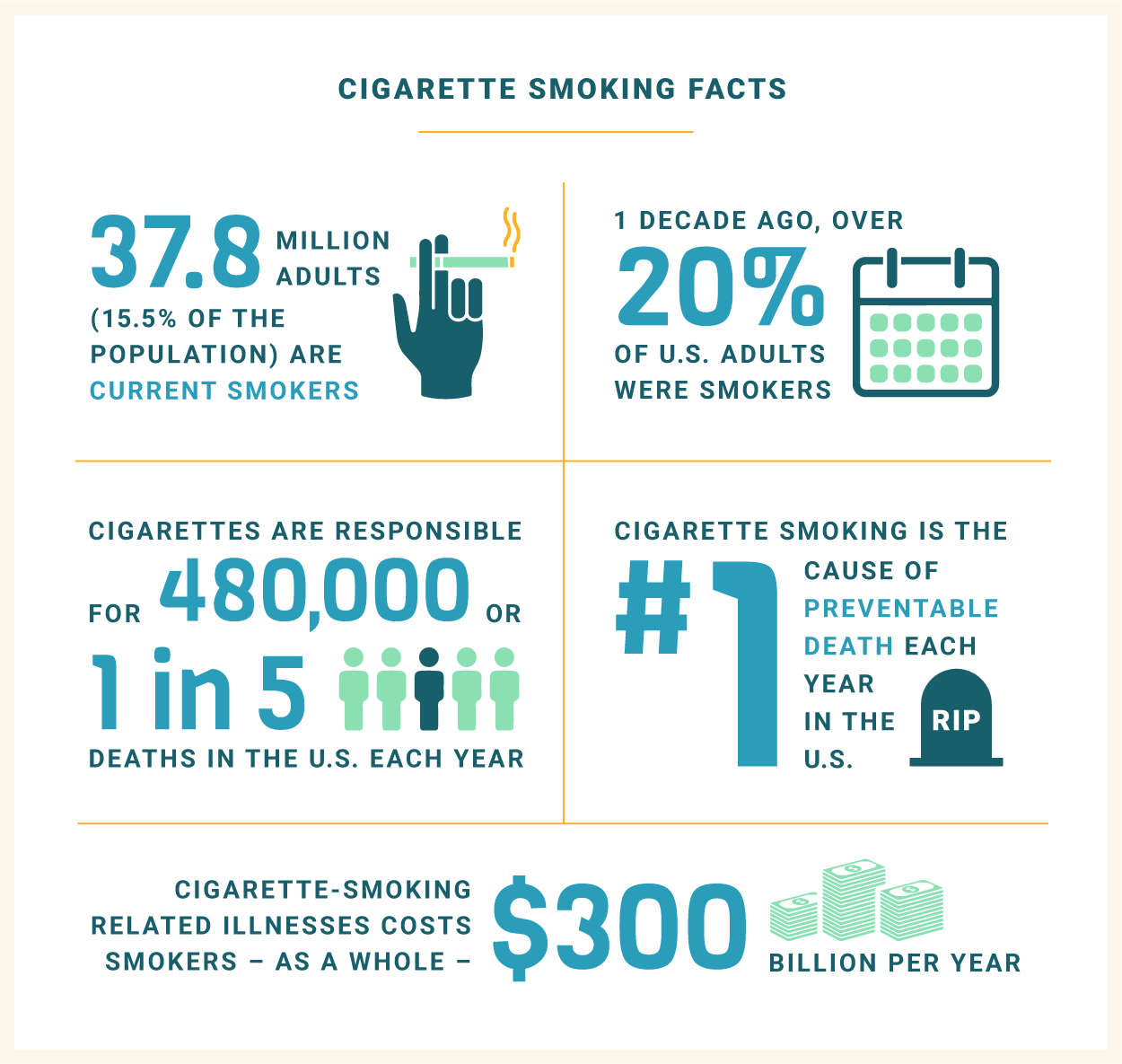 The Challenges of Nicotine Withdrawal

Smokers understand the risk. In fact, up to 70 percent of current cigarette smokers have the desire to quit according to US News & World Report. Many have tried; most have tried multiple times. But, the reality is stark: the failure rate, without being involved in an official program, is 95 percent. The chance of kicking the habit is a long shot for far too many.

Those that do make an attempt, even with medical intervention, are faced with challenges that include:

Why is it so hard to quit?

The Science Behind Nicotine Addiction

To understand how CBD may help alleviate the difficulty associated with quitting the habit, it’s critical to understand the science behind the addiction. The force that smokers wage war with on their road to quitting is named nicotine, a substance that’s known to be as addictive as street drugs like heroin and cocaine. This matters not only because of the severity of the addiction, but because CBD has been shown useful for reducing withdrawal symptoms associated with these addictions as well.

Nicotine is found in tobacco and breathed into the lungs with every inhalation of a cigarette. Once inhaled, it’s transported to the bloodstream (leaving behind tar and other by-products of cigarettes). 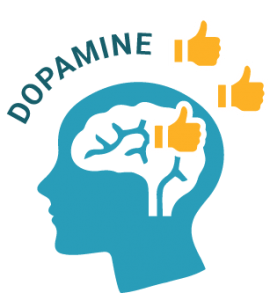 The pleasant feeling created by inhaling nicotine is elevated even more because of stimulated neurotransmitters, specifically, dopamine. This dopamine boost tells the brain that what it has just experienced is “good,” serving as a reward that increases focus, memory, and other “positive” effects. (3)

Over time, a smoker’s body gets used to nicotine, and a higher dose – in the form of more cigarettes – is required to get the same “kick.” As a smoker continues in their habit, they’re likely to need more cigarettes to achieve the same effects, increasing the risk to other aspects of health and causing increased damage with time.

When a smoker decides to quit, even with the best of intentions, the effects – like those mentioned earlier in this piece – can make it feel impossible. This is especially true if nothing is in place – like CBD – to reduce the brain’s need for a dopamine boost.

In addition to the physical symptoms, the brain’s need for nicotine increases the challenge. Because the brain wants the kick or buzz associated with the substance, it causes cravings: an urgent sense of need on an obsessive level that makes it difficult for the smoker attempting to quit to focus on anything else.

In many cases, the symptoms, combined with the intense, activity-interrupting symptoms that can be triggered by the sight, smell or even thought of a cigarette – make the challenge too big to overcome. This is where CBD enters the picture.

Medical research on CBD’s effectiveness at enhancing success rates among cigarette smokers who wish to quit is still at the early stages. However, early studies have shown promise.

In one study, performed by University College London, cigarette smokers who wished to quit were provided with CBD inhalers to inhale when they felt the need to smoke. Those who were given inhalers containing CBD smoked 40 percent fewer cigarettes during the first week than those provided with the placebo.

It’s early, but it’s promising, especially since no official program was used to accompany the study.

Why CBD Works When You Want To Quit

Science has shown that the endocannabinoid system may interact and regulate specific brain functions. One of these is the brain’s reward center, the same one that is activated when nicotine is inhaled.

This means CBD may be able to modulate – or even satisfy – the cravings smokers experience, without the negative, deadly side effects associated with traditional cigarette smoking.

Put simply, the endocannabinoid system – the system that is activated and, in some cases, balanced by the presence of CBD – may help regulate the release of dopamine, reducing the “need” for the kick associated with nicotine use. This could alleviate the obsessive thoughts and needs associated with quitting, all while mitigating other negative side effects like mood changes, agitation, and anxiety.

Using CBD while attempting to quit smoking may reduce cravings altogether, something smoking cessation drugs fail to achieve, without the potential side effects associated with those drugs.

Decreasing the number of cigarettes smoked without increasing cravings? Imagine the possibilities.

Larger studies are still needed, but, for those interested in giving up cigarette smoking, CBD may offer serious promise.

Side Effects of Traditional Medications For Quitting

Before CBD, and because of the challenge of quitting on their own, many smokers have turned to more traditional medications. These drugs are designed to reduce cravings, providing a reduced “kick” that mimics nicotine, while allowing the smoker to reduce their need over time.

Sometimes, these are effective. But, the side effects can be detrimental. They include:

Additionally, when taken without an official program, the chance of success is still fairly low. On average, cigarette smokers who turn to prescription medications to quit, see success rates of just above 50%. (5)

The fact that CBD may be more effective… with fewer side effects… makes it worth serious consideration. Wouldn’t you say?

How To Use CBD To Quit Smoking

Proper dosages for cigarette smoking are still on the horizon, but, starting with a standard dose may be a step in the right direction of 5-10mg per day, and increasing by another 5-10 mg per day until cravings improve may be worth a try. Unlike other drugs, a higher dose isn’t always necessary for the improvement of various conditions, and taking steps up may help you find what works for you.

Large scale studies are still necessary to learn more about whether CBD is the miracle compound we’ve all been waiting for. But, because of its widespread benefits and health potential, adding CBD to your daily regimen might be a step in the right direction.

Interested in learning more about what CBD really is or its history? Check out this starter guide today.